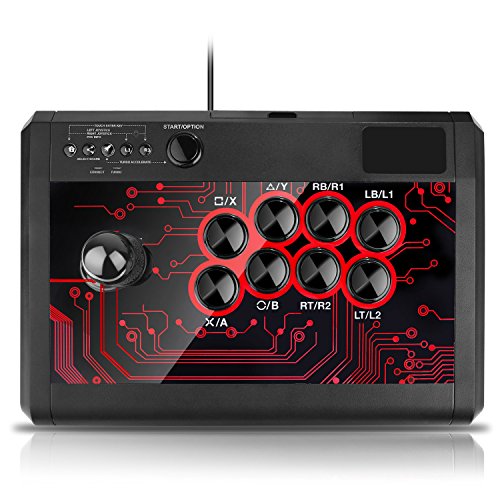 Multiplatform Arcade Fight Stick Widely Compatible with PS4, PS3, XBOX ONE, XBOX360 and PC, Android tablet (Not for IOS system),a perfect solution for the trouble of a dedicated machine which only support one particular device

100% SATISFACTION GUARANTEED with 90 Day Money Back Warranty and Lifetime Service : Try it out at our expense and enjoy your gaming, if you are not fully satisfied, just contact us for a refund