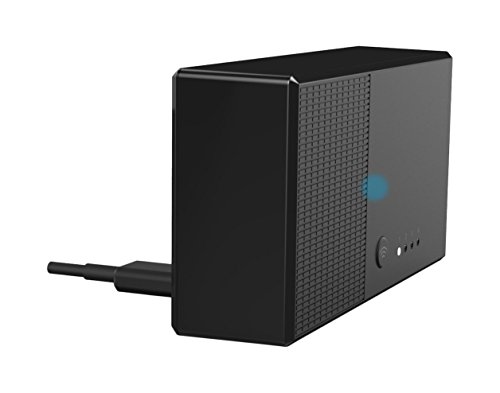 Get Ready To Rock: Play Rock Band 4 for Xbox One using your existing wireless guitar and drum controllers from previous editions of Rock Band for Xbox 360

Use The Instruments You Already Have: Seamlessly supports most legacy wireless guitar and drum controllers from Rock Band as well as most third party wireless instrument controllers

Four Player Multi-Platform Support: Up to 4 players can all rock at the same time. Mix and match controllers, too. You can play RB4 on Xbox One with legacy Xbox 360 wireless controllers and new Rock Band 4 controllers

Quick and Easy Setup: Plugs into your Xbox One Console's USB port. Establishes a link between Xbox 360 wireless controllers and Xbox One Console with a few button presses

Low-Profile Design: Roughly the size of a deck of playing cards. Blends in with your home entertainment center